Launching paper rockets in AP PACE (Physics and Applied Calculus for Engineering) is a bit more complicated than paper airplanes. Senior students Kat Tvrdy and Thomas Greisen break down some of the process and the goal of their final launch day for this STEM-based project. The class is taught by Jeremy Scheffler.

Kat: So this is AP Physics and Applied Calculus for Engineering. We’re working on paper rockets!

Kat: So we’re shooting the rockets using air pressure at a target, and what I’m worried about, you know, is the accuracy. You have to get 10 shots in a row to get the full grade, and we didn’t get that during the test launch so I’m hoping it will go better today.

Thomas: We were trying to shoot the rocket off the pressured air platform and hit a target that’s two feet in diameter, 24 feet away. And I think our group did pretty well. We had a good row of hits consistently, and only a couple of misses at the beginning and the end.

Kat: It was better in the second half. We had a couple strings of three or 4 in a row.

Thomas: We thought our design was pretty solid. It was really tweaking the air pressure and the angle that we were shooting it. And that’s pretty much what we were worried about the most.

Kat: We did a video analysis for the kinematic equation so we basically learned velocity, acceleration, and position versus time. And it’s a lot more effective if you actually find the equations yourself. 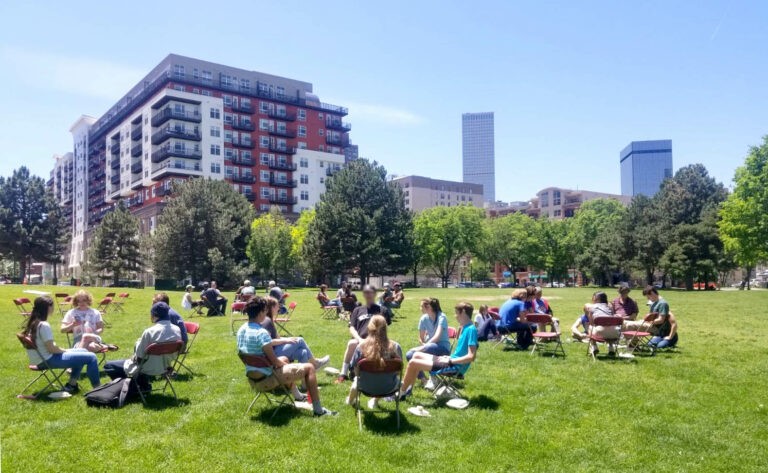