On April 25, eight senior boys competed for the prestigious title of Mr. Bolt.

Mr. Bolt is a male “beauty pageant” put on by the Pius X Student Council to celebrate and acknowledge the various talents of the senior boys.

“It gives the senior boys an opportunity to showcase their talents in a fun and once-in-a-lifetime experience,” senior emcee Elise Wilhelm said.

The boys were competing to win $25, fake flowers, and a sash that said “Mr. Bolt”.

The whole event was very interactive with the audience.

Wilhelm and junior Matti Reiling were the emcees for the event.

“The emcees made Mr. Bolt even more fun by interacting with the audience and getting them involved by asking questions about the contestants,” senior Nicole Cerio said.

The overall winner of the night was senior Sam Noel.

Noel stole the show and the judges’ hearts by showing off his dance moves, discussing his idea of the perfect date, sharing relatable stand-up comedy, and finally singing a clip of his favorite song.

Noel attributes his winning to his ability to do a successful stand-up comedy act.

“I was honestly pretty surprised I won because my whole act was a joke,” Noel said.

After continuing his jokes off the stage, Noel turned serious in his appreciation for his fellow contestants.

“I may have walked away with the title, but it couldn’t have been an easy decision for the judges,” Noel said. “God gave every one of us some pretty cool talents and gifts.” 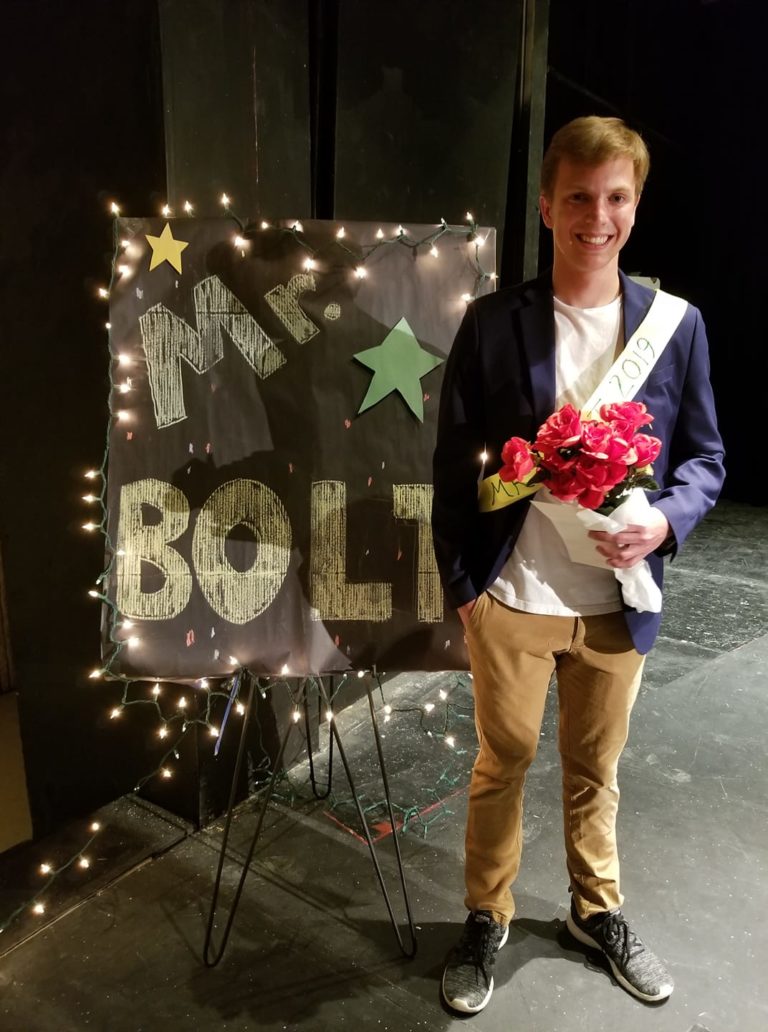