The Pius X varsity boys soccer team won the B-4 sub-district in a 2-1 upset against Norris on Wednesday to qualify for the district final. The sub-district final came a day after their 4-0 win against Waverly on Tuesday.

The team was ready for a difficult game, as Norris beat Pius X earlier in the season.

“It was a hard season, but in the end we pulled out with a win,” junior goalie Carlos Gutierrez said.

The eleven starters were a combination of players from each grade.

Senior Caedmon McClellen scored the first goal in the first minute of the game.

Norris scored their first and only goal from a penalty kick.

Junior Brock Laughlin made the second goal of the game off a header.

After a ten minute break between halves, Norris came back with stronger defense and more goal attempts.

Gutierrez played as goalie for the entire game and had some good saves, especially in the second half.

One player from Norris got injured and had to be replaced.

Sophomore Braden Lackey also walked off and was replaced by junior Edward Bosland for a short period of time until he was able to return to the game.

The student section was energetic and kept the energy high throughout the game.

“The game was very good,” junior Kelsey Tran said. “It was the highlight of my junior year.”

Junior Maggie Barie agreed. “It was honestly the highlight of my junior year,” she said. “It was a nail-biter, but it was so cool to see my friends win.”

The district final will be on Saturday, though the time and location have not been announced yet. The winner will advance to the Class B state tournament in Omaha.

Junior Bede Fulton said that the team will “fight ‘til the end.” 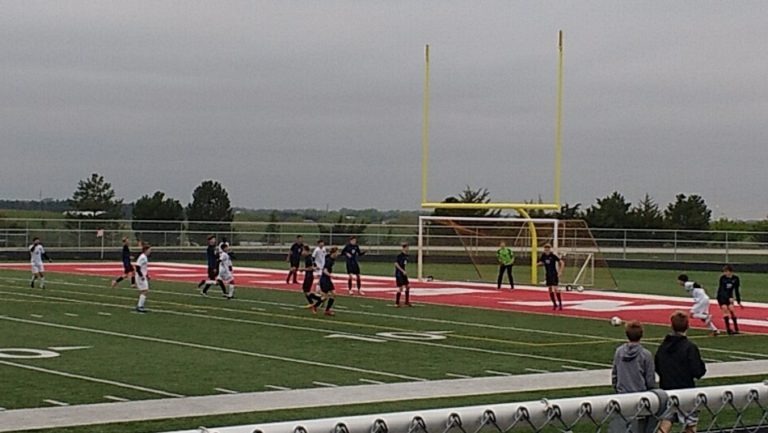