Pius X is currently in its first season as members of the Heartland Athletic Conference (HAC), and so far it has been anything but ordinary for the Bolts.

The Thunderbolts started off the 2018 campaign in the HAC when the Pius X volleyball team added on to their successful season with a HAC championship. They defeated the Kearney Bearcats in straight sets to become the title-holders.

“For us to join the conference this year was a big move, and to be able to have success has just reinforced to us and the rest of the state that we can compete at this level.”

Senior Delaney Humm said, “We really didn’t focus on winning the tournament and instead just focused on playing as a team and fixing the little things. I think that is what led to our success in the program’s first season in the conference.

The Thunderbolts came into the season not knowing what to expect as they faced unfamiliar territory. After cruising through the first two rounds of the tournament, Pius X hit a road block in the first set of the championship round against the Bearcats. However, the Bolts were able to quickly overcome their mistakes and rally from down double digits to come back and snag the first set.

Humm explained that after the first set jitters were out, they were able to dominate sets two and three of the match.

That was just the beginning of the success for Pius X this season. The varsity boys basketball team, led by senior Charlie Easley with a game high 33 points, outlasted the Kearney Bearcats 73-69 to capture their first HAC championship in program history.

“I enjoyed the competition. Every game was a good game against a good team and we had to prepare to win each one,” Easley said “I think we played really well as a team and got good contribution out of multiple players. No one was playing selfish and we just played harder than other teams.”

Before this season, the Thunderbolts were in the Gretna holiday tournament where they faced the same teams: Aurora and Gretna. Being in the HAC gave Pius X new teams and new competition to face off against.

Easley discussed that he knew his team had the ability to win the conference; they just had to work hard in practice to get better every day. That is exactly what the Thunderbolts did as they progressed to become victorious in the conference.

Easley stated, “The most memorable part was hearing that final buzzer in the championship game and running back to the bench knowing we won as we held up that plaque.”

The success thus far in the HAC has meant a lot to the athletic programs and Pius X Activities Director Tim Aylward agreed.

Aylward said, “For us to join the conference this year was a big move, and to be able to have success has just reinforced to us and the rest of the state that we can compete at this level.”

The Bolts have had a decent amount of success to start their first year in the conference. Pius X looks to continue that success with spring sports as well. 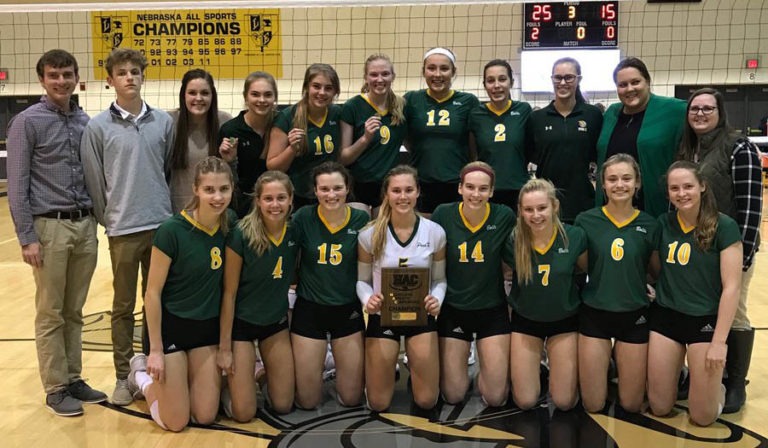 Students get taste of Pius X at New Student Orientation