This award is presented in appreciation of Dave and Joyce Ziegler who have been tireless ambassadors for Pius X High School and serve as an example of leadership and service to their family, friends, community and country. Together they founded a home for abused children called Jasper Mountain in 1982, on a beautiful ranch in the foothills of the Cascade Mountains in Jasper, Ore. There they live and work with children from all across the country whom others have considered a lost cause. Dave is a licensed psychologist and Joyce is the support services supervisor at their expanding treatment center. Jasper Mountain has been called one of the Nation’s premiere treatment centers for children, and is recognized as the most outstanding program of its kind anywhere.

Dave has authored four books, a psychological assessment instrument, and dozens of professional articles. He has appeared on ABC’s 20/20 and speaks at conferences throughout the United States and Canada. Joyce has always been at Dave’s side throughout the existence of Jasper Mountain, caring for and working with the children, and has even donated her kidney to the husband of one of their staff members, saving his life.

Dave’s bother, Mick Ziegler from Euless, Texas nominated both of them as a couple because according to Mick, “They have worked so closely together for the last 36 years of their life. Of course I am prejudiced, but I cannot imagine a more deserving two people anywhere to be recognized by their alma mater.” Through their commitment, dedication and Catholic faith, Dave and Joyce have truly touched the lives of others. 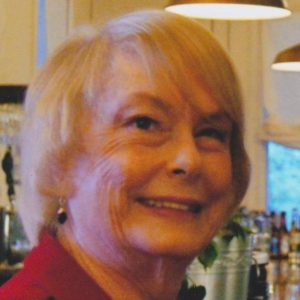