The 2019 Outstanding Alumni award was presented to Stan Garbacz ’71 for consistently demonstrating the Pius X core values throughout his distinguished career with the Nebraska Department of Agriculture, and through his exemplary leadership and service to his family, state, and country. A recipient of the National Association of State Departments of Agriculture (NASDA) James A. Graham Award for Outstanding Service to Agriculture in 2014, Stan has worked tirelessly to expand Nebraska’s national and international agricultural markets while helping people around the world improve their nutrition through better access to healthy foods.

Stan has attended Mass in more than 40 countries and throughout the U.S., and is known for inviting colleagues and clients from the country he’s visiting to accompany him. Stan’s care and passion for developing relationships with people around the world has built bridges for our state and for our country, and has also enriched the lives of his family by frequently bringing international visitors to their home for dinner.

As Nebraska Agricultural Trade Representative for the Nebraska Department of Agriculture (NDA) since 2005, Stan has promoted international markets for Nebraska’s agricultural products resulting in billions of dollars in state revenue and improved nutrition for thousands of people. Stan has built relationships with hundreds of Nebraska livestock producers and farmers, businesses, and government officials, traveling more than 100,000 air miles annually to 40+ countries to help expand and sustain Nebraska’s agricultural markets.

Wherever he travels, Stan finds a Catholic church and attends Mass, and encourages others to attend with him. Stan also drives thousands of miles throughout Nebraska each year to personally help international visitors learn about the sustainable, healthy methods used to raise crops and animals in our state.

One example of a creative idea of Stan’s (described by Chuck Ross, Vermont’s Secretary of Agriculture, during the NASDA Award for Outstanding Service to Agriculture ceremony) resulted in enormous international marketing benefits as well as enhanced nutrition for the people of China. In 2008, Nebraska’s dry bean producers couldn’t sell their product on the world market because China was selling their own dry beans, which they weren’t using within China.

Stan developed a partnership with the University of Nebraska-Lincoln Department of Food Science and Technology to develop a flour made from dry beans that could be used as a protein-rich ingredient in the millions of instant cups of noodles that the Chinese eat every day. The science was developed, the Chinese were convinced, a Chinese team enjoyed dinner at the Garbacz family’s home, and now the Chinese people are enjoying enhanced nutrition from this high-protein product – and are using their own production of dry beans – saving the world market for Nebraska.

For many years, Garbacz was also directly responsible for the NDA Ag Development Division and for its many educational activities. The Nebraska Agricultural Youth Council and the Nebraska Agricultural Youth Institute were among the activities under his supervision. The Council is a group of 14 college-age men and women who promote agriculture throughout the state. The Institute is a four-day conference held in Lincoln for more than 150 juniors and seniors in high school. Both of these successful programs have been in existence for more than 25 years.

From 1987 until September 2005, Stan Garbacz served as Administrator of the Agriculture Promotion and Development Division, NDA. Under his guidance during this time, the Division did (and still does) support and promote the buying, selling, and development of Nebraska agricultural products domestically. Before assuming the responsibilities of these two divisions, Garbacz directed the NDA Budget and Finance Division. He has also served as auditor for the NDA, senior staff auditor at FirsTier Bank in Lincoln, and was employed at First National Bank in Aurora.

After graduating from Pius X High School in 1971, Garbacz earned a Bachelor of Science degree in Business Administration, with an emphasis in finance and marketing from the University of Nebraska-Lincoln in 1975. Stan is also a 1989 graduate of the Nebraska Leadership Education Action Development Program (LEAD) that helps develop future leaders for agriculture via national and international travel studies.

Stan and his wife, Mary, have three children: Andy, Betsy, and Angela. In his spare time, Stan enjoys time with his family. Stan also has a special interest in international events because his parents emigrated from Poland in 1949. 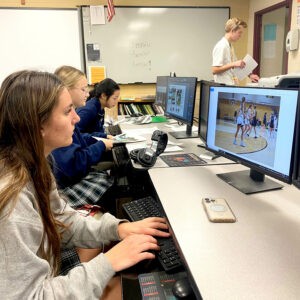 Documenting the school year a page at a time 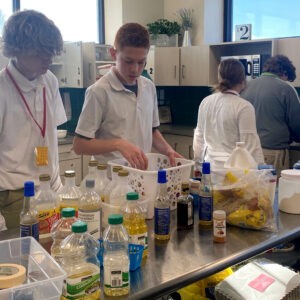 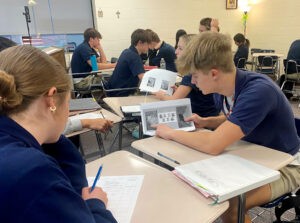 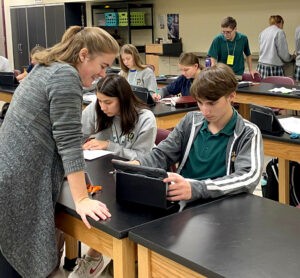 Students seeing the details in the science of cells