Linda Eiting was born on November 10, 1947, in David City, Neb. She attended grade school and junior high at St. Mary’s, and high school at Aquinas, both in David City. After graduation she moved to Lincoln and received a degree in business from the Lincoln School of Commerce. She married Len Sloup in August 1969.

Len and Linda raised two children in Lincoln, Jill born in 1974, and Tim born in 1979. Together they instilled their children with a strong sense of faith, solid values and a deep love and appreciation for family. Jill and Tim received a Catholic education at Blessed Sacrament and Pius X schools and were enthusiastically supported every step of the way.

In October 1988, Linda suffered the first of two cerebral hemorrhages – the rupturing of a main artery in the brain causing swelling and damage. She spent weeks undergoing extensive care at Lincoln General Hospital and then began her long journey towards a full recovery after transferring to Madonna Rehabilitation Hospital.

The brain trauma temporarily left Linda with balance difficulties and without short-term memory. Over the course of constant rehabilitative therapies, Linda re-learned how to walk and spent many hours focused on revitalizing and relearning cognitive, speech and occupational skills.

After months of rehabilitation under medical care, Linda left the protective wing of Madonna and continued along the road to recovery with family and good friends as solid support structures. Days were often tough, as the natural healing process that occurs after a brain injury is much more complex and harder to understand than other injuries of the body. She experienced bouts of loneliness, frustration and anxiety; she lost friendships and relationships changed.

Despite the uncertainty, Linda never ceased offering the very qualities others so cherished in her. She unleashed a new attitude and perspective on life, gained by having been so close to death. Each day, Linda met her challenges with courage, perseverance and love. Surrounded and encouraged by her family, Linda greeted the mornings with a firm resolve to overcome her daily battles, and she did, all while enriching the lives of those she met and those she already knew each step of the way.

With the odds against her, Linda made a full and complete mental and physical recovery. Her children were her treasures and with her second chance at life, she embraced each day serving her most beloved role as a mother. Linda closely held her children’s hearts and hand-in-hand with Len, met Jill and Tim’s milestones, both mundane and monumental, with joy. She jumped enthusiastically into new activities serving her family, friends and church, and even exchanged some of the many intangible gifts given to her during her recovery by volunteering at Madonna. She was loved and cherished by all, and was honored by Madonna as one of the first recipients of the patient Goal Award, recognizing outstanding rehabilitative accomplishments.

Her time was short-lived however. Linda experienced her second and final cerebral hemorrhage in 1998. The magnitude of the trauma was great, and after nearly two weeks at Bryan Memorial Hospital undergoing three brain surgeries, having constant vigils by physicians and nurses and countless prayers and visits, Linda met the Lord on Easter Sunday. Even in death, her legacy of love and giving lives on, not only in the hearts and minds of all who knew her, but in the bodies of the recipients of her donated organs, who live in Nebraska and around the country. Linda is survived by her husband, Len; daughter, Jill Nolton; son, Tim; sister, Sandy Kocian; brothers Doug and Mark Eiting; seven nieces and nephews; five brothers and sisters-in-law; countless extended family members and friends.

In December of 2002, two life-long friends established the Linda Sloup Memorial Scholarship. They watched Linda maintain a positive attitude as she confronted life’s challenges, and wanted to honor her character, perseverance and faith. These friends knew how much Linda and Len valued Pius X and Catholic education, and also witnessed how the Pius X family lovingly responded when Linda had her second and fatal hemorrhage.

Linda, a mother of two Pius X graduates, left a lasting legacy by conquering life-altering obstacles with faith, humor and determination. She faced extreme challenges during the last ten years of her life and her unrelenting spirit and drive to overcome these challenges inspired those who knew her.

Past awardees share how receiving the scholarship made an impact in their lives:

“I would like to thank you for honoring your friend with a Pius X Scholarship and I am grateful to be the recipient…It has always been important to our parents that we receive a Catholic education. They have worked hard and made many sacrifices to make that possible. I have enjoyed my Pius experience…Being able to study and practice my faith at school every day with other students and teachers that are doing the same is a blessing and I don’t take that for granted. My favorite classes are math and theology….When I was 6 years old I was diagnosed with a rare autoimmune disease…It caused my muscles to gradually weaken. It affected my ability to walk, run, throw and also fine motor activities like using scissors, writing and opening containers. The treatment was IV immunoglobulin medication, physical therapy and occupational therapy. Like your friend, I received my therapy at Madonna….Each treatment took about 15-20 hours and an overnight stay at the hospital. The worst part was the IV pokes followed by the medication side effects of migraine headaches, nausea and vomiting for several days. After a while it got harder to find a good vein for the IV. I’ll never forget the worst treatment visit was 8 pokes before they got the IV going….It has now been 3 years since my last treatment…I will always need to be very careful to prevent illness that could trigger my immune system. For that reason when COVID-19 started to spread, my parents had to ask me to quit the job I had just started…I have been able to mow lawns over the summer and hope to re-apply for the job when it is safer for me to do so….Due to the nerve sensitivity I avoided contact sports for many years….I tried cross country for the first time in 8th grade and decided to run at Pius as well…being able to participate in a high school sport has meant the world to me. Even though life has thrown me some challenges, I have worked hard to not let it stop me from being a part of the things that I enjoy doing. I am very grateful for receiving this scholarship and for your generosity. It will help me and my parents greatly.”

“I am honored to be the recipient of the Linda Sloup Memorial Scholarship…The scholarship will be greatly helpful to my family, this year especially, since my father was recently diagnosed with liver cancer. Thank you for honoring Mrs. Sloup each year by supporting students like me. I am grateful for this scholarship and will work hard to earn good grades. I have faced many obstacles in my life, but the biggest has been autism….Autism leads me to hyper focus on small details, sometimes missing the big picture. I approach tasks differently than non-autistic students but work to still complete the task correctly….I really enjoy my Science and Multimedia Apps classes…I hope to use this knowledge to study television and radio broadcasting in college….With the help of my family, the Pius X staff, and God, I strive to be a good person and a respectable member of the Lincoln community.” 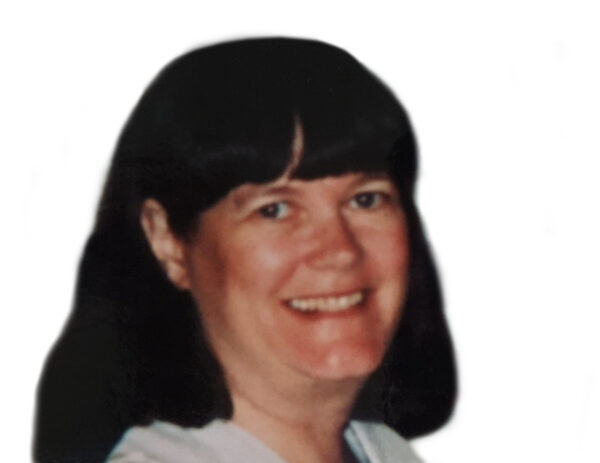 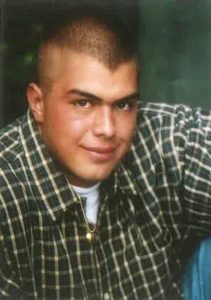 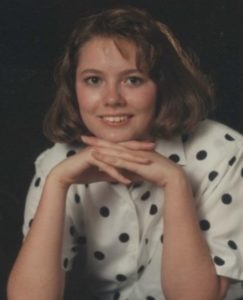 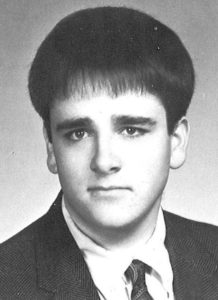 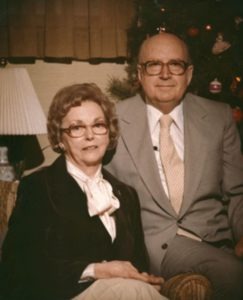 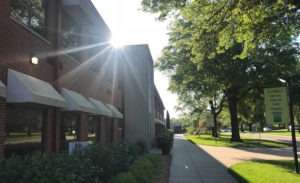